Interpreting a Scatter Plot and When to Use Them

Interpreting a Scatter Plot and When to Use Them

When entering a huge amount of data into a table, any attempt to reach a conclusion about the data from the table would be impossible to the normal person. However if you plot pairs of data in a graph to visualize it, it becomes easy for the human brain to interpret it. To perceive how the factors identify with each other, you make scatter plots. So what is a scatter plot? A scatter plot is a graph that is used to plot the data points for two factors. Each scatter plot has a horizontal axis (x-axis) and a vertical axis (y-axis). One variable is plotted on every axis. Scatter plots are made of marks; each mark shows to one member’s measures on the factors that are on the x-axis and y-axis of the scatter plot.

Most scatter plots contain a line of best fit, it’s a straight line drawn through the center of the data points that best shows to the pattern of the data. Scatter plots give a visual portrayal of the correlation, or connection between the two factors.

Example: years of education and yearly salary are positively correlated.

Let’s continue to look at how we would go about Interpreting a Scatter Plot.

Interpreting a scatter plot is useful for interpreting patterns in statistical data. Every observation in a scatter plot has two of the coordinates; the first one corresponds to the first piece of data in pair (that is the X coordinate; amount that you go left or right). The second corresponds relates to the second piece of data in pair (that is the Y-coordinate; amount that you go up or down). The point showing to that observation is placed at the intersection of the two directions. 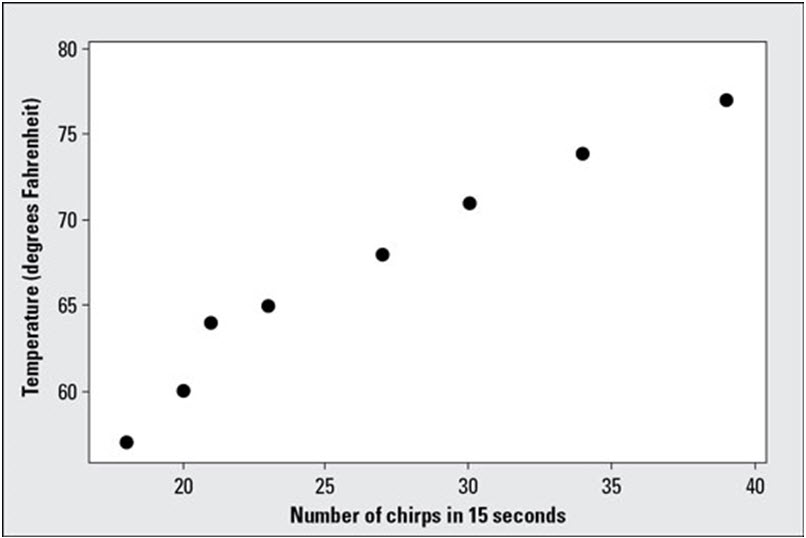 Because the data are ordered as per their X-values, the points on the scatter plot correspond from left to right to the observations which is given in the table, in the order listed.

If the data shows an uphill pattern as you move from left to right, this then indicates a positive relationship between X and Y. As the X-values increase (move right), the Y-values tend to increase (move up).

If the data show a downhill pattern as you move from left to right, this indicates a negative relationship between X and Y. As the X-values increase (move right) the Y-values tend to decrease (move down).

If the data don’t seem to match any kind of pattern, then no relationship exists between X and Y

Interpreting a scatter plot can be very useful during problem solving if you want to understand the correlation between two factors to validate if there is a potential of it affecting a particular issue.

By latestquality|August 20th, 2018|Quality Articles|Comments Off on Interpreting a Scatter Plot and When to Use Them